How we found Angel

Do you like to hear dog stories? This is the story of my 2 brave warrior dogs and it deserves to be told. Their names are Angel and Radja, a girl and a boy of 5 months found in a forest of Belgium, where Owen and I (Melody) live.

As you can see on the first picture this is how we found both dogs. I only have a picture of how we found Angel in the forest but Radja almost looked the same or even worse.

We found Angel in the forest. She was wandering around alone for days before we spotted her. She was scared, skinny, cold and her feet were bleeding from scratches and cuts made by branches on the ground. Her belly was wet and filthy with mud from sleeping on the ground for days. It also looked like her nails had never been cut before.

When I first approached her, she just laid on her back, as you see on the picture, and started to whine, almost cry. I could pick her up without problem and when I did, she started to lick my face and my neck.

We brought her to the vet and she was nicknamed "Stinky". We found out that she belonged to a man who was around 40 years old. When we contacted him, he said that he just wanted her for dog fighting and getting money, but apparently she didn't fight good enough so he tied her with a rope on a tree.

We consulted with many lawyers and finally got this man to go to court to be judged. Angel was worth the fight, and also many future dogs this man would have treated the same way.

This man was finally sentenced to pay 40.000 euros. During the trial we discovered that this little dog had already been wondering alone in the woods for a month, fighting for her life.

We named this wonderful dog Angel, we take her to the vet regularly and we give her daily long walks. She is such a happy, loyal and sweet girl. Angel is friendly towards both people and dogs, despite her history. When she is around us, her tail never stops wagging.

She really brighten up my life. I love her like she is my own child and I would do everything for her.

She is only 5 months and to think the previous owner had her for fighting makes me angry, but I am happy to have been able to help her become the wonderful dog she is now.

Radja was found on the road 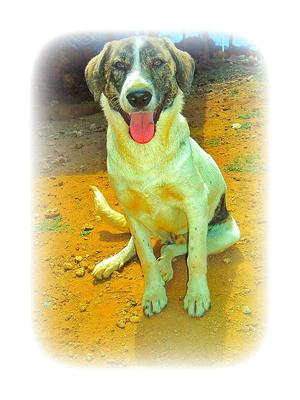 We found Radja by the side of the road. He was in shock, shaking with cold, lonely, scared and very ill. Rajda had belonged to a family who had left for their vacation and they dumped him or left him without any care or help. Lonely and scared, Radja tried to find food but was hit by a car and broke both his front legs. That's around the time we found him, covered in leaves, trash and dirt in the rain. Because he couldn't move, he was hungry, scared and had a bad infection in his genitalia.

We took Radja to the vet who had to remove his genitalia and cure his broken legs. Now Radja is the best dog you can imagine. Loyal, brave, sweat, curious and very social. You can see the happy face in the pictures! 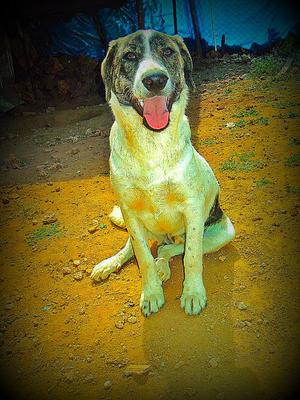 I love them both and they are the best thing that happened to me. They are my brave warrior dogs. They fought to survive and showed me they are the strongest creatures on earth and I will do everything to keep them healthy and happy.