Dog Target training is a method to accelerate how we elicit the behavior we want, instead of just waiting for it to happen. This is done by using a visual cue to prompt the dog on the right direction.

This technique is very simple, you will teach your mongrel to touch his nose to your hand or other object. In my experience, I have seen dogs that don't care much for training go nuts about targeting.

Targeting dog training is the most common way of using visual prompts to train behaviors. Once your dog knows how to target, you can teach him to touch other things, or even use the command to train advanced commands.

Dog target training rewards your canine friend to target, he enjoys the activity and this increases his confidence, it is a great cue for fearful dogs. You can also use it to catch your dog's attention or quickly make him follow you.

How to use Target Training 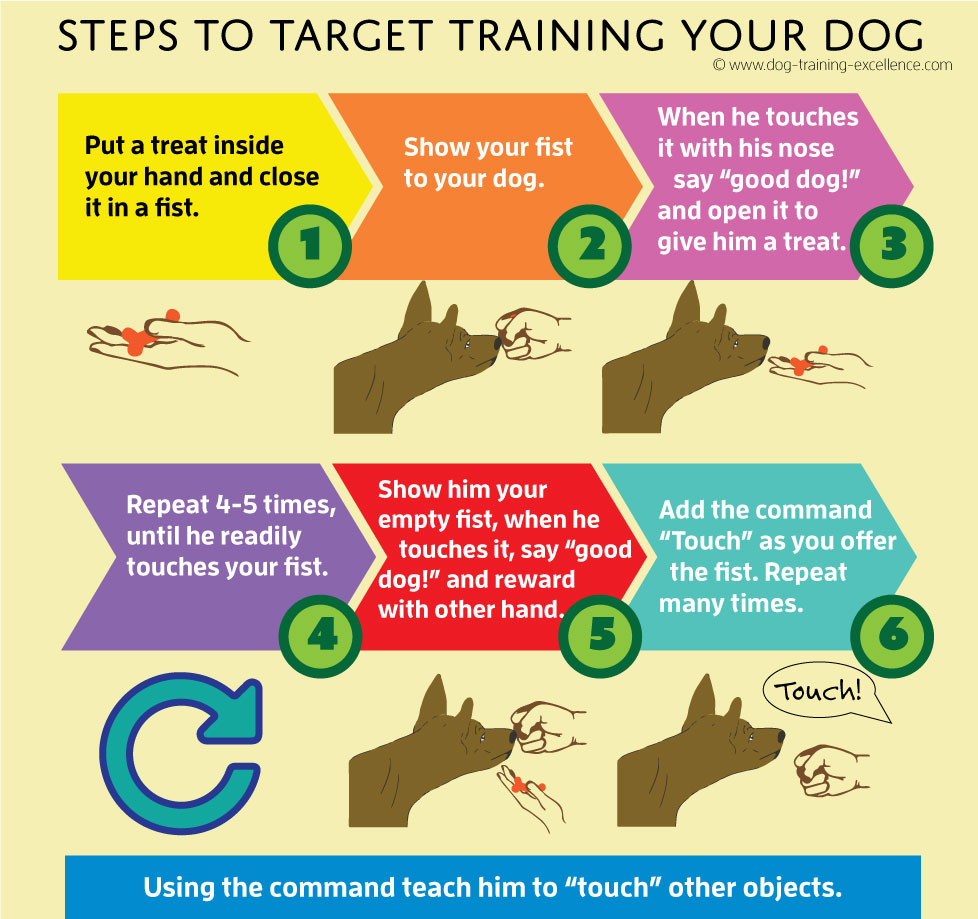 Use any of the following items or you can come up with your own too!

Instructions for target training your dog:

Move the target! Try having your pooch walk or jump to touch the target at your command. Go slowly, first a step away from his nose, then 2 steps and so forth. Mark and reward every good response!

Try his paws! Try training your dog to "Touch" with a different part of his body like one of his front paws. You might need to use capturing or shaping to get him to do that.

Learn how to train your dog to Touch using clicker training. Click Here!

How can I use Targeting?

By using a target you can make your dog follow it as you make him go into a circle! Ta-Da! 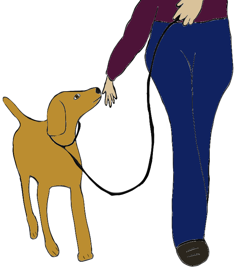 Fading away the target 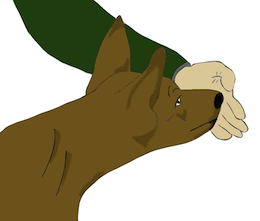 If you are going to teach your dog a behavior by using a target, eventually you will want to fade it away.

First: Make sure your dog is doing the behavior (when prompted with the target) reliably! (8 times out of 10).

Second: Now it's time to fade it. How? Make the target less obvious!

If you are targeting walk nicely with your hand (or a spoon or stick), make your dog follow your hand and once in a while lift your hand to your hip, then put it back down again.

Third: Add your command! Make sure your dog is reliably doing the behavior with a very faint lure. Now say your command - Spin! - mark and reward the next good behavior. Repeat 5-10 times.

Now use the faint target BUT do not say the command! Do NOT reward your dog even if he does the behavior!

With practice your pet will learn that he only gets a reward if he responds after your command! Now you can fade the target completely away!

Solution: Don't reward him! Let your dog keep trying and only reward him when he bumps the target. No mouthing, no licking, no chewing!

Solution: Your command should be clear and your target should be faded (it should not be obvious at all). Dogs understand body language better than words, that's why it's easier to follow a target than listen to a word. If you can't make your dog respond to a word, teach him a hand signal!

Read "How to get a reliable dog training command" article for detail information on this topic.