Being a favored breed, it's natural human curiosity to want to know everything about them. In this short, yet researched list, you will find fun facts, facts about their behavior and genetics, and golden retriever health facts as well.

This breed is characterized for its medium-high energy levels, large size, beautiful coat and for being a devoted, friendly and smart canine companion. They require lots of care which include healthy feeding, daily exercise and regular brushing. They don't like to be left alone for long periods of time, so if your schedule is too busy, this may not be the right breed for you.

Enjoy and learn more about this breed with these rare facts about golden retrievers! 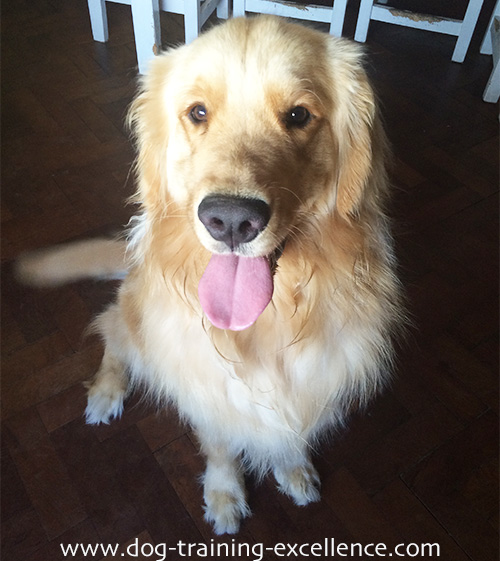 The first of our facts about golden retrievers (GR) is about behavior. The golden retriever breed is known for its friendliness and trainability. That's why it's a popular pet dog as well as a popular working dog (therapy dog, search and rescue dog, guide dog, etc.).

Originally, the Golden Retriever was bred to retrieve game in the field while hunting. However, more recently (70’s) some breeders have been selecting GR dogs for other behavioral and physical traits. This is because this dog has become one of the favorite pet dogs in America and no longer is needed for field work.

The result is that now, there are 2 behaviorally different types of Golden dogs: the field type (hunting) and the common type (family pet dogs and conformation competition). A group of scientists at Linköping University in Sweden studied the behavioral differences between these 2 types of Golden Retrievers. They tested the dogs for 6 behavioral traits: curiosity, play interest, chase proneness, social curiosity, social greeting and threat display. Their results indicate that the field type had higher curiosity, higher play interest, higher chase proneness, higher social greeting and lower threat display. But there was no difference in social curiosity.To know whether your Golden Retriever dog is of the field or the common type, you may have to check with the breeder and see if he focused his matings to produce hunting dogs or family pet dogs.

Epidemiological studies have reported that Golden Retrievers have twice the risk for developing cancer than other dog breeds. In fact, 61.4% of dogs from this breed will develop cancer, as opposed to 38.8% in other breeds. Inbreeding often brings up health issue in different breeds. GR dogs seem to have been passing along genes that increase the chances for developing cancers. Unfortunately, scientists are still unable to pinpoint the location of these genes but future research may shed more light.

One way to decrease the risk for cancer would be to stop inbreeding for a few generations. This is a controversial issue because it would lead to dogs that do not look or act exactly like Golden Retriever dogs.

Of all the facts about Golden Retrievers, this is the saddest one. However, research is ongoing and breeders are clearly concerned about this. A study at UC Davis Veterinary Genetics Laboratory is studying Golden Retriever genetic markers to help breeders increase genetic diversity when mating their dogs. This could potentially decrease the risk for inheritable diseases.

Cancer is a complex disease that may involve several genes. Cancers are not necessarily inheritable, but more accurately, the risk for cancer is inheritable. The environment plays a big role in the development of this disease and one way to help your dog reduce it’s chances for cancer is keeping him healthy and away from carcinogenic agents. These are substances that cause gene mutations and increase the risk for cancer and include pesticides, tobacco smoke and some cleaning supplies.

The third of the facts about golden retrievers is more optimistic. The Morris Animal Foundation has been working on the biggest dog research study to date. Their goal is to follow thousands of dogs throughout their life and analyze what aspects of their environment and genetics may affect their health.

Within this study, they have the Golden Retriever Lifetime Study to specifically study and understand this breed. They are currently following 3000 dogs through owner surveys and regular veterinary check-ups.

The results from this study may help Golden Retriever lovers better care for their furry friends. You can volunteer and receive updates on their website.

In 2003, a Golden Retriever named Augie from Texas won the Guinness World Record for holding 5 regulation-sized tennis balls in her mouth. As of January 2017, she is still the undefeated champion. How many balls can your Golden dog fit in his mouth? Maybe your canine friend will be on a list of interesting facts about Golden Retrievers in the future!

Dogs are playful animals and for many years scientist have hypothesized that their playfulness, even into adulthood, is a result of breeders selecting juvenile traits that are perpetuated into adulthood.

New research suggests that play may have been an important factor for dogs to socialize with humans. During play, dogs are capable of gathering social information from their human which makes them more trainable. The authors suggest that the amount of time you spend playing with your dog and the different ways in which you play with your dog may show the quality of your relationship with your canine best friend.

There are several different shades of Golden Retrievers, from dark golden to light golden that are accepted by the AKC. There are also rare white or black GR dogs. How does a breed get so many variations in color?

In the year 2000, a group of scientists found a mutation in a gene, called Mc1r, in Labrador Retriever dogs. This mutation was associated with the yellow labrador. They looked for the mutation in 17 breeds and only Golden Retrievers had this mutation in both alleles, meaning it was homozygous for this breed. Golden Retrievers and labrador retrievers are closely related and this may explain why they have this mutation. In humans, the mutated version of the Mc1r gene causes red hair, and it affects about 25% of the US population. 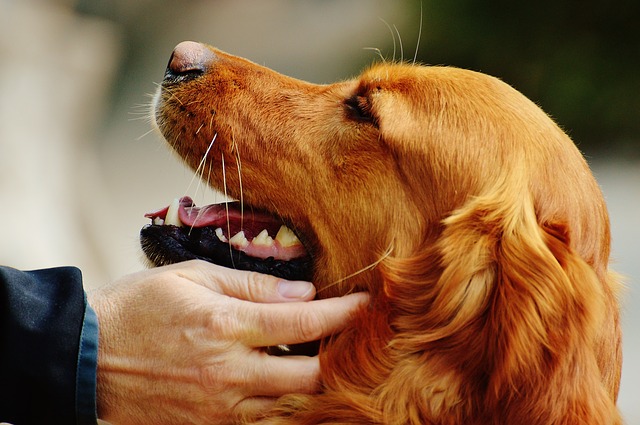 The mutation in the Mc1r gene explain the golden color of this breed but not the huge shade variations or even the cream color. This could be because there are more genes involved in skin and hair pigmentation and more studies are needed to fully understand how they interact to produce the colors of the Golden Retriever coat.

Fact 6: The softest mouth of retrievers

The last of the facts about Golden Retrievers is about their gentle mouth. Retriever breeds like the Golden were originally bred to bring back game during hunting. Two characteristics are very important for this job: to not be afraid of the sound of gunshots and to retrieve game without making teeth punctures. Although there are no studies regarding this behavior, breeders and hunters agree that a soft mouth is most likely due to genetic factors as well as training.

Retriever breeds are more likely to develop a soft mouth and are easier to train to achieve this than other breeds. For example, terriers were bred to hunt and kill mice and snakes, so their bite it quite powerful.

A challenge for your Golden, train him to carry a raw egg in his mouth without breaking it!

All dogs, of all breeds should be trained for bite inhibition, which is equivalent to having a soft mouth. The ideal time to train your puppy to have a soft mouth is between 2 and 4 1/2 months of age because this is the time they play with their mouth the most.

Hope you learned and enjoyed these facts about Golden retrievers. If you have interesting facts to share about this breed, you can do so in the box below.

I try to write my posts as unbiased as possible and recommend the products I consider to be useful and the best. I use affiliate links, this means that–at no extra cost to you–I can make a commission on a purchase you make after clicking on them. For more information, read my full disclosure.